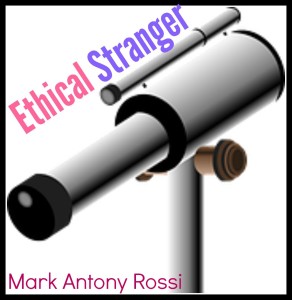 Antibiotics, once the miracle drugs of the modern age, are fast becoming a feeble formula against superbugs increasingly immune due to universal abuse. This abuse once blamed on frightened doctors overprescribing to protect their assets must now unfortunately include a tide wave of manufactured antibiotic mixtures generously contained in ointments, tissues and hand soaps.

But very little information has been released on the true impact of antibiotics present in commercial cleaning products. Is it possible our exposure to these products is leaking antibiotics into our bloodstream possibly more insidious than script-pushing doctors or zealous soccer moms? Should we cease and desist until the danger is determined?

Furthermore, we still do not know the virtue of antibiotics in the American beef and chicken processing industries. I am aware its presence curbs disease and infection in millions of farm animals yet next to nothing is known about the risky chance of antibiotics seeping into meat consumed by millions of people.

I am not suggesting a conspiracy here since it is understandable why various industries would seek out and include any and every means of making their merchandise safer and therefore more worthy of purchase. However, corporations in the rush for profit have neglected potential negative side effects.

Still it is bloody sad and decidedly unsexy to rave about the strong possibility that superbug immunity may stem from our widespread exposure to antibiotics lurking in nearly every corner of our lives. It is more chic (and less scientific) to blame autism on childhood vaccinations or link antidepressants with celebrity suicides.

When we are finally ready to investigate a logical connection I fear thousands of lives will be in jeopardy. The public should rightfully demand a full antibiotic study, a temporary suspension of commercial antibiotic additives and a major research effort to create a new generation of germ killing drugs. Anything less exponentially raises the price of antibiotic abuse and may cost us a brighter future.

About the Author: Mark Antony Rossi is a poet, playwright and author of the bioethics volume “Dark Tech” now available from Amazon. His most recent plays have been produced in Liverpool and New York. http://markantonyrossi.jigsy.com